Ty Rosa Boutique B&B on PinkUk No1 Hind Stile Boutique BnB website
This advert has been viewed 327,064 times since 30 April 2020.
Would you like your advert here?

states/regions in Belgium that have gay saunas 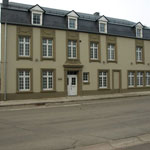 Updated:
10 Aug 2020
Zenhit is located in Neufchâteau in the Belgian Ardennes the Zenhit is the first Gay sauna in south Belgium Close to the Grand-duchy of Luxembourg and Lorraine, less than one hour drive from Namur [...]
More info on Zenhit