Ty Rosa Boutique B&B on PinkUk No1 Hind Stile Boutique BnB website
This advert has been viewed 215,580 times since 30 April.
Would you like your advert here?

We have 6 Towns/Cities in Clwyd. 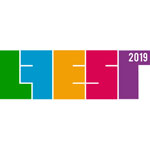 Updated:
19 Jan 2012
Greenfield Valley park. Along A548, through Flint and past Bagillt. Kemp going along dual carriageway, until passing under the bridge and car park is on left, immediately after speed camera. Dark car [...]
More info on Holywell

Updated:
19 Jan 2012
Gay Run Good cruising place. Cars there in the day and evening. Signal is flash your lights
More info on Lay-by just before you ge Holywell