Popper Super Shop on PinkUk POPPERS SALE UK ONLY website
This advert has been viewed 643,176 times since 09 November 2020.
Would you like your advert here?

We have no future LGBTQ+ prides/events in Uk, Highlands And Islands 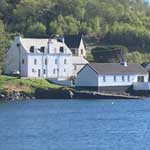 Updated: 14 Dec 2019
Very Gay Friendly Charleston House is all about getting amongst the elements, eating well and chilling out in the beautiful Scottish Highlands. Whether you are looking to explore the spectacular [...]
More info on Charleston House
Booking.com
Contact us | Advertise with us | Accessibility | Privacy policy | Testimonials | Donate | © 1999 - 2021
Share  |